First of all, 2022 promises to be a busy year on social media! A new WhatsApp function arrives which will be the end for those who do hidden things.

The messaging app works to start entering user profile pictures in the notifications that appear.

First, the news was announced on Twitter by WABetaInfo – which specializes in providing advance information about the features of the messenger.

According to the specialist website, this should be the first feature of the year – it is currently being tested for those using WhatsApp in beta.

The first feature of the year is available to some iOS beta testers on iOS 15 today.https://t.co/erfvZ90ZrV

The image published by WABetaInfo shows, in a very clear and intuitive way, that the resource is being implemented in a practical way.

Moreover, when we currently receive a message, only the name of the person who sent it is shown. With the function, the image also begins to appear.

This update will be for both one-to-one and group chats. In other words, groups profile pictures are other pictures that will appear in the notification bar.

The end for those who do hidden things and like to talk to certain people in secrecy, because without this function it was possible to bypass the stranger, saving the contact with another name.

Since this functionality is still in its initial stage, it should be released only after all the testing for WhatsApp Beta users and any bug fixes.

This is because the application always uses this process to check the usability and usefulness of the mechanisms implemented in the messenger.

Finally, based on these findings, the update may be limited to WhatsApp Beta users only. However, most of the features in testing expire after months.

look at the picture: 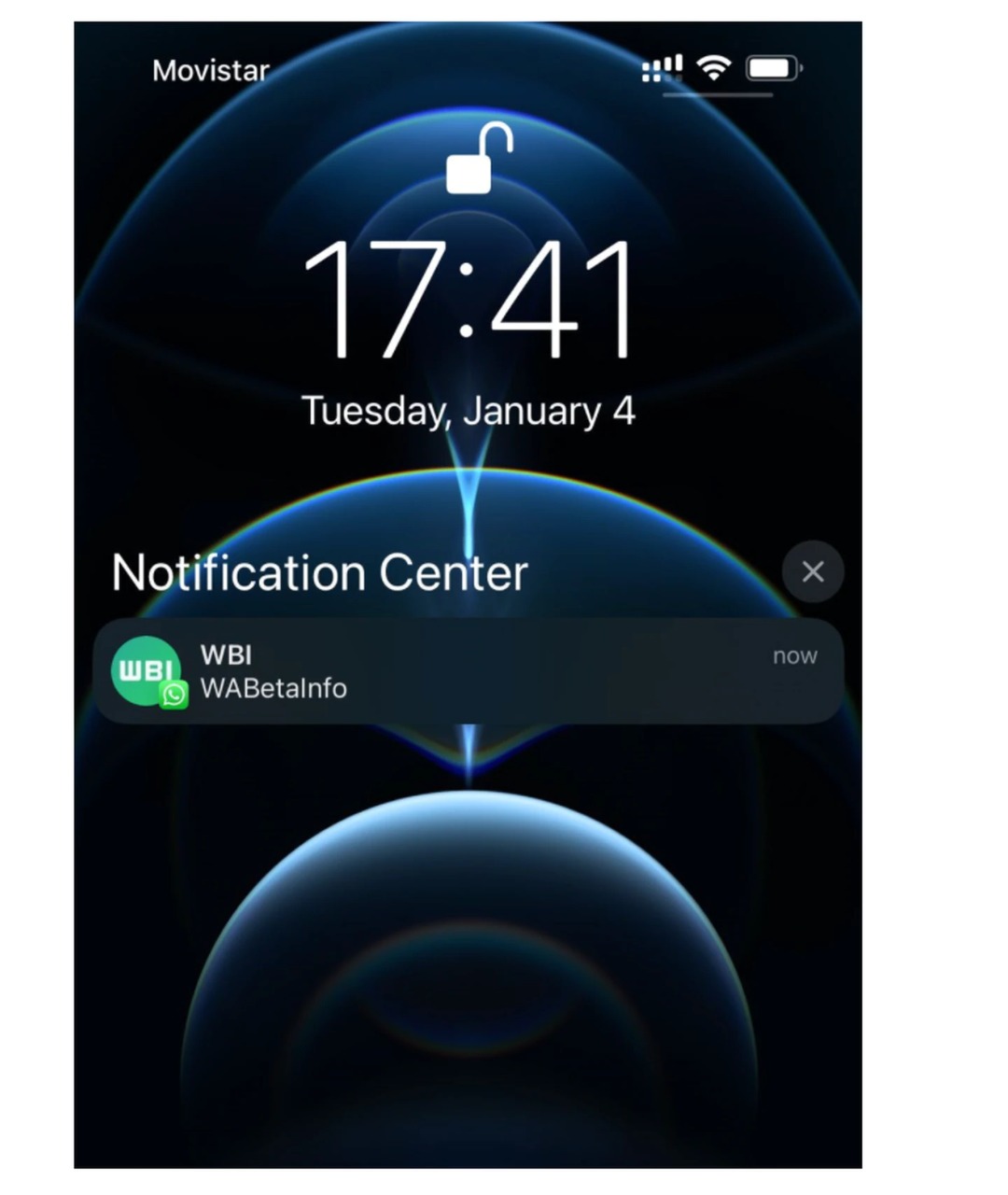